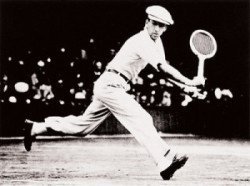 In Formula One Licensing BV v Office for Harmonisation in the Internal Market (OHIM) (Case T-55/13, May
21 2015), the Eighth Chamber of the General Court has upheld a decision of the Fourth Board of Appeal of
OHIM in which the latter had rejected the opposition filed by Formula One Licensing BV against the
European part of the international trademark F1H2O.
On April 16 2008 Formula One filed an opposition against Idea Marketing SA’s international registration for
F1H2O (No 925 383) […]