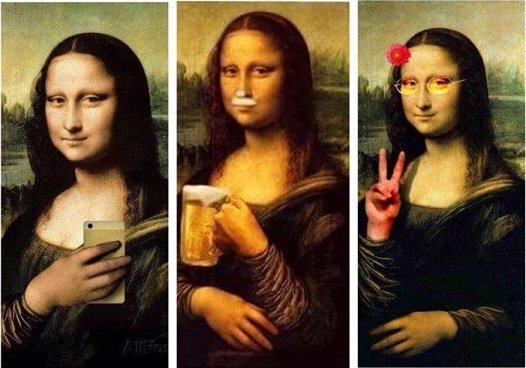 Cultural property is defined as tangible or intangible assets of a society, which may include emblems, buildings, monuments, folklore or tradition[1]. Owned by the State or a private entity, cultural properties are generally inherited from past generations and are preserved, bestowed and passed onto the future generations.

Cultural properties have significant values, given that they could easily make impression on people all over the world. Distinguishing goods and services by sign imbued by historical, cultural or traditional value could be part of a strategy for your client to draw public attention. Has anybody ever associated Paris with La Tour Eiffel or with the Mona Lisa by Leonardo da Vinci?

It’s all about balancing the interests between the national legal protection of cultural heritage and the applicant’s freedom of enterprise. Before trademarking a cultural property, checking the national legislations of the countries you are interested in is necessary to secure your rights.  Indeed, the scope of protection of cultural heritage differs from one country to another.

For instance, the US federal legislation, the article 2 of the Trademark act prohibits the registration of national emblems such as “flags, or coat of arms or other insignia of the United States, or of any State or municipality, or of any foreign nation, or any simulation thereof” but it also protects all the living or dead Presidents’ names and the White House image.

On the other hand, in France the scope of protection is reduced to international minimum standard. In fact, the French Intellectual property code (FIPC) only refers to the Paris Convention which prohibits the use of State emblems as a trademark[2].

Generally, the registration of cultural and historic value objects as trademarks in France is relatively easy and unimpeded once provided that:

The French Office has for example already accepted the registration Mona Lisa in the following cases:

One important observation though. There seems to be a more and more common tendency for copyright owners and/or their heirs and/or affiliated companies (owned by them), to register cultural properties as trademarks prior to the expiration of copyright in order to perpetuate their rights over them.

This means that contrary to what one may think the use of cultural properties may still be unavailable to others despite the copyright expiry. As such, should one wish to start using such property supposing that it is in the public domain, there may still be an interest in conducting availability check among trademarks to make sure that such use would not infringe somebody’s rights.

Do not hesitate to contact Inlex IP Expertise (contact@inlex.com) for further assistance, it will be our pleasure to assist you.

[2]  Article L711-3 paragraph a) of the FIPC transposing Article 6ter of Paris Convention for the Protection of Industrial Property.

Article L711-3 of FIPC: “The following may not be adopted as a mark or an element of a mark:

Article 6ter of Paris Convention: “The countries of the Union agree to refuse or to invalidate the registration, and to prohibit by appropriate measures the use, without authorization by the competent authorities, either as trademarks or as elements of trademarks, of armorial bearings, flags, and other State emblems, of the countries of the Union, official signs and hallmarks indicating control and warranty adopted by them, and any imitation from a heraldic point of view.” (…)

[3] Article L711-3 of FIPC: “The following may not be adopted as a mark or an element of a mark: (…) b) Signs contrary to public policy or morality or whose use is prohibited by law”;

[5] Article L123-1 of the FIPC, alinea 2: “On the death of the author, that right shall subsist for his successors in title during the current calendar year and the 70 years thereafter.”