The First Board of Appeal of the European Union Intellectual Property Oﬃce (EUIPO) has issued its decision in Tecnica Group SpA v Zeitneu GmbH (Case R 1093/2019-1). 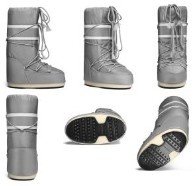 On 17 May 2017 Zeitneu GmbH ﬁled an action for the cancellation of the mark, claiming that it lacked distinctive character. The Cancellation Division of the EUIPO cancelled the trademark for all footwear products in Class 25. Tecnica appealed.

The First Board of Appeal began by recalling that the criteria for appreciating the distinctiveness of a 3D mark are the same as those applicable to all other trademarks. However, the perception of the average consumer is not necessarily the same, as consumers do not typically make assumptions about the origin of goods on the basis of their shapes (if no verbal element is present). Importantly, for a 3D trademark to be considered valid, it must signiﬁcantly depart from the norm or customs of the sector concerned.

In the present case, Tecnica put forward a number of documents in order to demonstrate that its sign differed signiﬁcantly from the norm. This included evidence that its mark contained two bands running along the entire length of the shoe, and a sole and laces that were recognisable by consumers, who would immediately make a link between the trademark and the company. Additionally, Tecnica submitted a large number of decisions and cease-and-desist letters against third parties which had reproduced the shape of the shoe in order to demonstrate that it was active in the defence of its rights and of the distinctiveness of its mark. Its reasoning was that, if the sign was not distinctive, it would not have fought to protect it.

In response, Zeitneu submitted evidence to demonstrate that the characteristics of the mark were common and largely used for after-ski boots.

The Board of Appeal agreed, considering that the traits invoked by Tecnica were purely technical or functional and did not differ from what was common on the market, as such features were reproduced in a number of other designs marketed under different brands.

Additionally, the board recalled that it is important to examine the elements of marks based on the level of attention of an average consumer – no more, no less. In the present case, Tecnica invoked elements that were too precise and would not necessarily be noticed by consumers.

Therefore, they should not be taken into consideration when analysing distinctiveness of the sign. The board thus rejected the appeal, conﬁrming that the trademark lacked distinctiveness.

This decision serves as a reminder that, in the case of a 3D mark, the analysis of the distinctive character is more rigorous. As consumers would immediately see the product covered by the mark, the shape must signiﬁcantly differ from other forms of the products already existing on the market. If not, the shape will not be considered distinctive. As a consequence, owners of 3D marks must be vigilant and gather evidence according to the consumer’s level of attention.