The applicant, Muratbey Gida Sanayi, filed an EU design application on 2 April 2013 in Locarno Classes 1 and 3 under the description “cheese”: 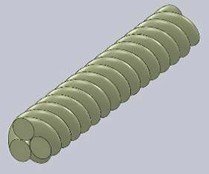 MJ Dairies EOOD filed an invalidity action against this design on 20 October 2017 on the basis of its prior patents (depicted below), claiming lack of novelty and individual character of the contested design. 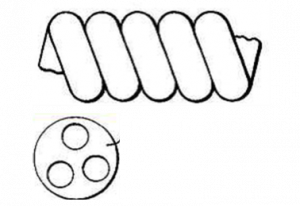 The Invalidity Division accepted the application for a declaration of invalidity. Muratbey subsequently appealed this decision, but was once again defeated before the Board of Appeal. It responded by filing an appeal before the General Court on the basis of two pleas: first, that the prior designs were not disclosed in accordance with Article 7(1) of Regulation 6/2002 and, second, that the design possessed sufficient individual character.

First plea in law: disclosure of the patents

The applicant contested the Board of Appeal’s decision, which held that the designs were disclosed to the public on the basis that the patents were already published. In accordance with Article 6(1) of the Regulation, the General Court recalled that a design is “deemed to have been made available to the public if it has been published following registration or otherwise, or exhibited, used in trade or otherwise disclosed”.

Moreover, to confirm the disclosure of a design to the public, it is necessary to carry out an analysis in two stages:

In the present case, although the applicant contested this second stage in particular, the General Court ruled that, as the patent applications concerned helical food products, they therefore involved the same sector of goods.

The General Court also referred to case law establishing that a design is deemed to have been disclosed once the party claiming disclosure has provided sufficient evidence proving the disclosure. If the applicant wishes to contest this, it must demonstrate that the relevant public would not have had reasonable knowledge of the design.

The online patent databases can be freely accessed and the concerned parties regularly consult the specialised reviews, meaning that it is conceivable that these actors would have had knowledge of these patents. Thus, the General Court rejected this plea.

The applicant invoked the fact that the designer’s degree of freedom was limited in the present case, on account of the common form of the product in question (cheese), and because the consumer (the general public) would possess an understanding of the global market. Muratbey highlighted differences between the patents and the design to argue for a different global impression.

The General Court noted that to establish the individual character of a design, it is necessary to proceed with an examination in four stages to determine:

In the present case, the sector is food products, and the relevant user is the general public. Therefore, to determine whether the designs share a global impression, the designer’s degree of freedom must be ascertained.

The General Court recalled that, the greater the degree of freedom, the less likely it is that minor differences produce a different overall impression on the informed user. In the case at hand, contrary to what had been claimed by the applicant, the General Court held that the degree of freedom in this sector of goods is relatively high, as they can consist of different forms.

Consequently, the differences between the design and patents were insufficient and the overall impression was the same.

On this basis, the General Court confirmed the Board of Appeal’s decision and rejected the appeal. The invalidity decision was thus confirmed.

In its decision, the General Court drew particular attention to the need to consider the characterisation of disclosure and a design’s individual character. The case serves as an essential reminder that designs can be declared invalid based on a much wider range of prior rights than for trademarks, thus demonstrating the importance of thoroughly verifying prior rights in the relevant sector of activity.