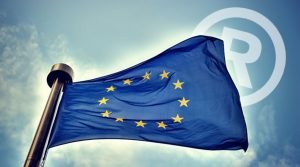 Vetpharma Animal Health SL filed a trademark application for DELTATIC in Class 5 on 13 February 2018. Deltavit filed an opposition against this application on the basis of its earlier EU trademark DELTA, also covering Class 5. The applicant filed a request for evidence of use of the earlier trademark. The EUIPO confirmed the genuine use of the sign and accepted the opposition in its entirety. The applicant formed an appeal, and the Board of Appeal of the EUIPO confirmed the decision. The applicant once again appealed, this time before the General Court.

The applicant formed an appeal on the basis of two pleas, contesting:

The General Court rejected the second plea and recognised the existence of a risk of confusion on the basis of a reasoning and points of law that did not differ from standard case law.

In the present case, the evidence submitted put forward the element ‘delta’ with a figurative element, but also with descriptive terms. The court noted that a word mark can be used in any form, colour or font type, as long as this does not have an impact on its distinctive character. Consequently, the use of the trademark DELTA in a figurative form constituted genuine use.

Further, where a trademark is associated with other elements, it is necessary to take into consideration the size and the nature of the additional elements. As the associated terms were considered descriptive for goods in Class 5 (eg, “calcium”, “tonic” and “control”), they did not alter or modify the distinctive character of the earlier mark.

Secondly, the applicant argued that the evidence of use was neither sufficient nor exhaustive. In that regard, the court held that it is not necessary for the use to always be quantitatively important to be considered serious or genuine. Moreover, even a minimal use can be genuine if this is justified by the relevant economic sector and creates “market shares for the goods or services protected by the mark”.

The court thus confirmed that the evidence of use was sufficiently relevant to demonstrate the genuine use of the earlier trademark used as a basis for the opposition. As the risk of confusion had been confirmed, the appeal was thus dismissed.

The decision highlights that the quality of the evidence of use is paramount. Trademark holders should maintain and collect relevant documents demonstrating use, and work in coordination with the relevant departments to ensure that the evolution of the use of a registered trademark can always validate such use.